An initiative to lead justice reform.

People with a substance use disorder are more likely to be jailed  than treated.

Over 50% of the US prison population-1.5 million people-have a substance use disorder.

Over 400,000 people with a mental health disorder are currently behind bars.

Without treatment, they will continue the cycle of addiction, mental illness and arrest.

Solutions are within reach

When it comes to justice system reform, the world is looking for answers and--for the first time--solutions are within reach. Never before has there been more evidence validating community-based alternatives to incarceration, more effective treatments for substance use and/or mental health disorders and more social and political will for reform.

Progress is being made but there remains a profound gap between what is known and what is done.

Advancing Justice was created to fill this gap.

The most serious issues facing justice systems around the world are rooted in the identification, assessment, and treatment of individuals with substance use disorders and mental health conditions.

Advancing Justice was created by leaders of the treatment court movement at the National Association of Drug Court Professionals (NADCP). Through NADCP, Advancing Justice harnesses two decades of credibility, expertise and criminal justice leadership responsible for the creation of more than 3,000 treatment courts throughout the world.

With a constituency of 30,000 justice and treatment professionals spanning every intercept point in the justice system, from entry to reentry, Advancing Justice is positioned to lead the new era of global reform. 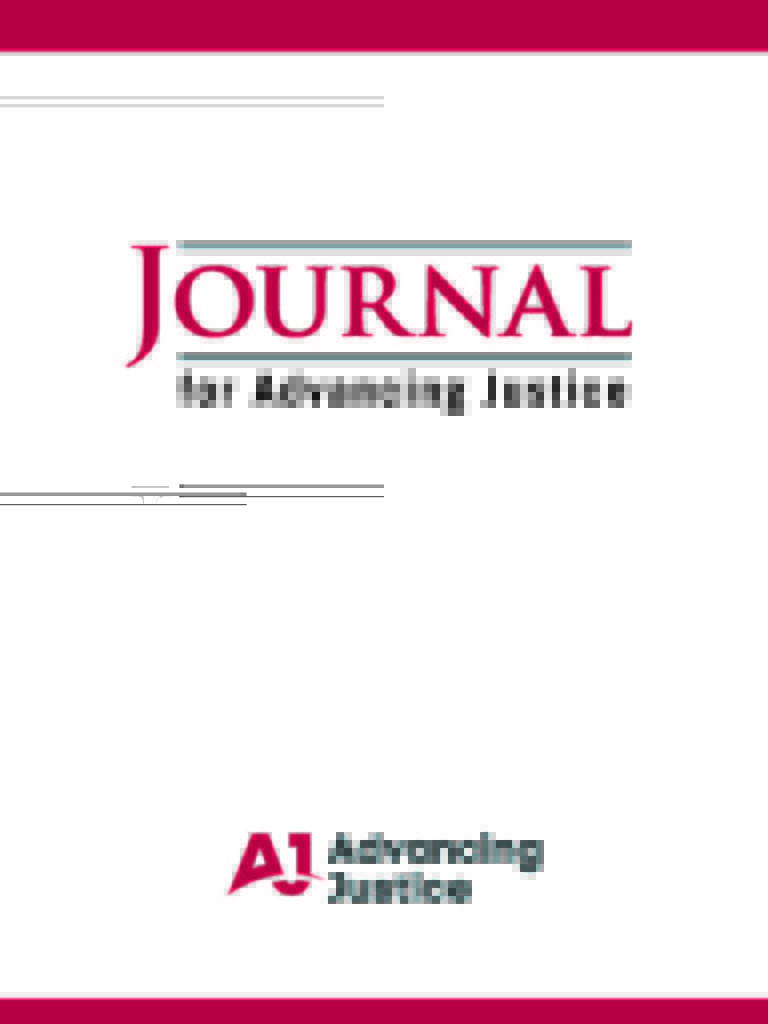 Announcing the Journal for Advancing Justice

NADCP’s Advancing Justice is pleased to announce the launch of the Journal for Advancing Justice, funded by the Bureau of Justice Assistance at the U.S. Department of Justice. This new journal provides justice and public health professionals, policymakers, academics, scholars and researchers a forum to share evidence-based and promising practices on the most pressing issues facing the justice…

Advancing Justice launched this summer before an audience of 5,000 justice and treatment professionals during the opening ceremony of the National Association of Drug Court Professionals Annual Training Conference.   Academy Award-winning Actress Octavia Spencer delivered an electrifying speech in which she called for the end to the injustice that has plagued the justice system,… In November 2013, Melissa Fitzgerald left a career in Hollywood to lead Justice For Vets, a division of National Association of Drug Court Professionals (NADCP) focused on the expansion of veterans treatment courts.  For three years, Melissa served NADCP’s Justice For Vets with enormous success, becoming a seminal voice in the movement to better connect justice-involved veterans to the benefits and resources they earned, and helping to set the veterans treatment court movement on a course of growth and success.

As an actor, Melissa is best known for her seven-year role as Carol on the television series The West Wing, but off-screen she is widely recognized as a courageous advocate for people in need. Melissa is co-founder of Voices in Harmony, a non-profit mentoring organization that uses theater to work with underserved teens in Los Angeles. In 2007, Melissa traveled to war-torn Northern Uganda to bring the Voices in Harmony theater program to former abducted child soldiers and other teenagers affected by the region’s brutal rebel war. The Voices in Harmony program in Northern Uganda resulted in the award winning film. After Kony: Staging Hope.  The experience opened her eyes to the lingering impact of war.

In 2011, Melissa co-executive produced Halfway Home, a documentary featuring Vietnam War veteran and former U.S. Senator Max Cleland and Silver Star recipient and Iraq War veteran, Sgt. Tommy Rieman joining other veterans in recounting their experience in war and their struggle to reintegrate and recover upon returning home. “Although most veterans are strengthened by their military service, my experience working on Halfway Home personalized the struggle of many veterans who are having difficulty reintegrating. I have followed the development of veterans treatment courts closely and know that there is no better way for me to be of service to veterans than by devoting myself to the expansion of these life-saving programs,” said Melissa. “I am deeply honored and grateful to have had the opportunity to be part of Justice For Vets, and I look forward to expanding my role to serve all vulnerable people in need as Director of the Advancing Justice initiative.”

Melissa holds a B.A. in Literature from the University of Pennsylvania. She has been a guest lecturer at Universities all over the country, and has written pieces published in The New York Times, The Washington Post, and The Huffington Post, in addition to the book The Enough Moment by John Prendergast and Don Cheadle. Melissa has made numerous media appearances on behalf of Justice For Vets including Hardball with Chris Matthews, Morning Joe, NPR and CBS Sunday Morning.

Sign up to stay informed and learn how you can help Advance Justice.